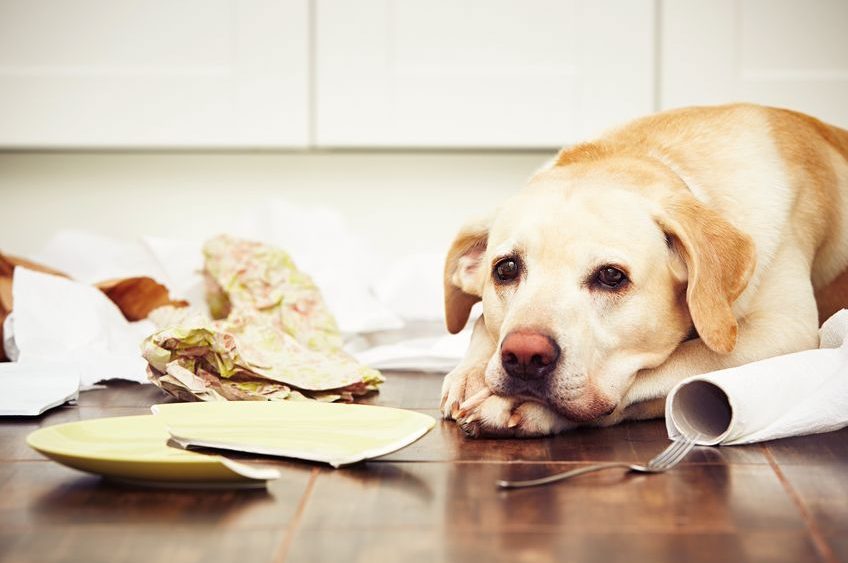 Why do dogs NEED mental stimulation?

Mental Stimulation is important for all species. Just like any other muscle in the body needs exercise and regular use to maintain its well-being and prevent health from declining, the brain also has those same needs to stay healthy. Regular, consistent use of the brain increases physiological responses such as an increase in oxygen flow, blood and nutrients throughout the brain and body. Without regular use, neurons shrink, shrinking the brain along with them causing a wide range of emotional and behavioral issues, especially increasing anxiety and depression levels.

Boredom is also a concern as bored dogs have a higher chance of developing destructive, aggressive, or overly vocal behaviors. This is usually displayed as out of control barking or whining, chewing on personal items, digging holes, etc. It also leads to higher rates of physical problems and studies have even shown it leaves dogs more prone to developing cognitive disorders earlier in life.

Scientifically speaking, Mental Enrichment promotes the expression of Brain-Derived Neurotrophic Growth Factor (BDGF). This is a chemical that protects neurons ensuring their survival and growth. Without it, the ability to learn and maintain focus or attention is impaired significantly. Mental Stimulation is one of the best ways to help delay cognitive disorders from developing.

Multiple Studies have been done on the positive effects of mental enrichment over the years. Just to touch on a few here, let’s briefly look at these:

Abstract: “Domestic dogs can be housed in a variety of confined conditions, including kennels, shelters and laboratories. Concern over the well-being of dogs housed in human care has prompted much research in recent years into the enrichment of environments for kenneled dogs. This paper highlights the findings and recommendations arising from this work.

Introduction: “The vast majority of dogs are kept for companionship and spend most, or all, of their lives in their owners’ care. Many dogs, however, spend variable periods of time in. Some, for instance, are housed in kennels for boarding, security or military reasons. Others, including strays and animals relinquished by their owners, may spend time in the care of a rescue shelter, some indefinitely. Yet other dogs, are born and bred in laboratories for research purposes. The welfare of domestic dogs, like other animals, can be seriously compromised by inappropriate confinement. Recent years have thus witnessed a surge of interest in methods of environmental enrichment for dogs housed in institutions. This paper reviews the various methods of enrichment that have been advocated by scientists in the field.”

Conclusion: “The domestic dog is an animal that needs both a complex animate and inanimate environment. The provision of social contacts, both with other dogs and humans, is essential and should be considered the most important form of environmental enrichment for confined canids. At the very least, dogs should be provided with visual conspecific contact. The provision of a complex and stimulating inanimate environment is also important to ensure adequate psychological well-being in kenneled dogs. The introduction of appropriate toys, music, scents and cage furniture can all help to enhance an otherwise routine environment. The regular rotation of such items is considered particularly important in preventing habituation.”

Introduction: In the last 50 years, there has been a growing need for storage and management systems for the production and maintenance of large numbers of dogs. Unwanted dogs and strays, detained in kennels, stay for various lengths of time. Large kennels also produce dogs for sale as companion animals, for the service dog industry (police and guide dogs), for biomedical research, and for use by dog food companies. Across the United States, literally tens of thousands of dogs are born in kennels and spend their lives in kennels. The laboratory dog, the kennel dog, the service dog, and the companion dog are in an evolutionary transition period, accompanied by concomitant adaptation to stresses signaled by a high frequency of genetic disease and behavioral abnormalities.

Conclusion: “…Large numbers of dogs under one roof, in visual, auditory, and olfactory communication with one another, create stress. Stresses produced by hyper-social interactions impair physical and behavioral development as well as interfering with an animal’s sense of well-being… socially isolated animals exhibit the greatest numbers of bizarre or hypertrophied behaviors… We think cages could be designed with puzzles. If dogs want to eat they have to solve problems and exert themselves. Maybe they have to push some sequence of buttons that reverses from time to time. The energy required to achieve the problem should be equal to the reward… It will be a wonderful way to find out about a dog’s cognitive abilities while exercising those abilities and enriching their environment.”

Abstract: “Cognitive enrichment early in life, as indicated by level of education, complexity of work environment or nature of leisure activities, appears to protect against the development of age-associated cognitive decline and also dementia… Dogs also show age dependent cognitive decline, and both longitudinal and cross-sectional studies indicate that this decline can be attenuated by cognitive enrichment. Furthermore, cognitive enrichment has differential effects, improving some functions more than others. From a neurobiological perspective, behavioral enrichment in the dog may act to promote neurogenesis later in life. This can be distinguished from nutritional interventions with antioxidants, which appear to attenuate the development of neuropathology. These results suggest that a combination of behavioral and nutritional or pharmacological interventions may be optimal for reducing the rate of age-dependent cognitive decline.”

Conclusion: “Simply providing environmental enrichment, leading to incidental learning, can have positive effects on subsequent cognitive performance. Cognitive enrichment by providing specialized training, alone, also affects future cognitive performance… Dogs in the enriched group showed decreased cell loss, when compared to the animals in the control group. Further research is necessary to establish whether this is a result of neuroprotection or of increased neurogenesis. The effect of enrichment contrasts with neuroprotective effect of antioxidant supplementation, which attenuates development of beta-amyloid neuropathology. These findings point to the importance of examining combined behavioral, pharmacological and nutritional interventions.”

To summarize all that into something short and sweet: Mental enrichment is fundamental to raising an emotionally well balanced, and cognitively healthy canine. As the saying goes “If you don’t use it, you lose it.” So, if you don’t allow your dog the ability to be a dog, and use their brain to do dog things, their mental and physical health will decline and suffer. And they’ll probably drive you a bit nutty.